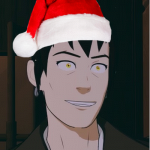 Hello there, I'm Hypnobrai. Call me Hypno so that you can save a millisecond of your life. The origin of that name comes from Lego Ninjago. I used to be a fan of it in 2012, but now I don't even care for it anymore.

I used to be on the forum for the game Dinosaur Battlegrounds before it was shut down after the lead developer, Frank Denota, disappeared. Development of the game is still going but unfortunately it looks like the game won't get back on its feet. One time, I had posted around 200 times in one day on the forum (before an admin named Twilia told me to stop or I'd get a warning). I was doing it to rack up posts (not like it was going to do anything, I'm not sure why I did it).

I've loved LBT since I was a super tiny child. I also love dinosaurs, pro wrestling, history, and video games. I love sharpteeth, just as I love theropod dinosaurs in general. As you can see, I am an administrator on the wiki. I was only active for 26 days before I was promoted out of nowhere by MongooseLover for mass fixing Sharptooth articles. I've been admin for nearly a year now.

I definitely think that Triceratops and Stegosaurus are overrated; there are cooler dinosaurs than them that are underutilized in media. I don't like herbivores as much as carnivores of course but here are some I do think are cool.

My favorite Sharpteeth throughout the series are...

I'd like for a Ceratosaurus or a Carcharodontosaurus to appear in a future LBT film. I'd also like the Horned Sharptooth to return. I actually have an OC sharptooth named Slash who is a Carcharodontosaurus, who appears in a roleplay on the Gang of Five forum as one of two main antagonists.

Me and the films

My scores of the Land Before Time films. You may see that my scores for the movies are a lot higher than a certain other user here. :)

1. The Land Before Time Best movie I've watched in my life so far, obviously much better than most of the sequels; great characters, atmosphere, antagonist, dialogue, music and more, I just can't say even Jurassic Park was better than this masterpiece, sorry. 9.5/10, a perfect score was taken away by the rearranged ending (the original ending is better than the finalized one) and cutting of a ton of scenes including Sharptooth attack scenes being trimmed down.

2. The Land Before Time II: The Great Valley Adventure Chomper is an immortalized addition to the franchise, good villains and big scary sharpteeth. The songs were fine (I liked "Peaceful Valley" a lot actually). 8/10.

3. The Land Before Time III: The Time of the Great Giving The fire scene and the fight with those raptors were awesome, Hyp, Mutt and Nod, and Hyp's Dad were characters I liked, two of three songs were meh, but Kids Like Us was very good. The pacing was pretty slow. 7.5/10.

4. The Land Before Time IV: Journey through the Mists Ali is a nice character, the risk of Grandpa Longneck dying was an emotional part of the movie, It Takes All Sorts was an amazing song too. However, I didn't like the villains at all; they didn't interest me one bit to be honest which is one of the reasons why this one actually isn't my favorite sequel of the bunch. 7.75/10.

5. The Land Before Time V: The Mysterious Island Chomper returns and I love him, best Sharptooth since the original, best song that is better than If We Hold On Together (Always There for the win), very good soundtrack and plot as well. 9.2/10, in fact I might like this one more than Jurassic Park too.

6. The Land Before Time VI: The Secret of Saurus Rock 8.5/10. You might be thinking, "WTF"? Well, I really don't know either. But I didn't have many problems with it. I really like Doc as a character, and I thought the "bad animation" actually helped it feel more like a prehistoric western. Plus my favorite dinosaur was in it, so that's always a plus.

7. The Land Before Time VII: The Stone of Cold Fire Pretty enjoyable movie. I liked Pterano, Rinkus and Sierra (this time I liked the talking villains), plus I liked the song Beyond the Mysterious Beyond, also the sharpteeth from the flashback were great. The lack of a sharptooth attack during the film's events didn't screw things up; the good plot made up for it. The weak climax lowered the score a bit, though. 8/10.

8. The Land Before Time VIII: The Big Freeze Family is a good song, I liked the plot, setting, characters, scenery, but didn't enjoy the weak-ish antagonist, though that won't lower my score too much (sharpteeth are my favorite characters but I'll be nice and won't say the film was ruined). 8.5/10.

9. The Land Before Time IX: Journey to Big Water The only good song was No One Has to Be Alone, the sharptooth was cool though, Mo was annoying. But the plot was tolerable and I did like the Mrs. Mama scenes. Imaginary Friend was even tolerable for me. 7/10.

10. The Land Before Time X: The Great Longneck Migration Littlefoot's dad is one of my favorite non-sharptooth characters, and him being voiced by Kiefer Sutherland in this movie was incredible. That and the ending song made me shed a tear is enough to call it an incredible sequel. And for some reason I enjoy the climax too. Maybe I would've liked it even more if they kept that Irritator in the final film. 9.3/10.

11. The Land Before Time XI: Invasion of the Tinysauruses The Tinysauruses were alright, but songs weren't good, however, the film did have decent antagonists and locations in and around the valley so I didn't dislike the film as a whole. 7/10.

12. The Land Before Time XII: The Great Day of the Flyers To me, fairly boring. For the second film in the row, pretty much the whole movie takes place in the Great Valley. Not too fond of Guido, an though Spinosaurus is a cool dinosaur, it wasn't quite the deadly predator I had hoped, and its portrayal is laughable (speed much? also two fingers, like wtf). However, the Things Change song was probably the best part of the whole movie; suffice to say, I loved the song. 6.5/10.

13. The Land Before Time XIII: The Wisdom of Friends Why do you think? However, I didn't actually hate this movie as much as a lot of other people. The Yellow Bellies were bad, but so bad they were absolutely hilarious and kept me interested. Doofah is horrible; but laughably so. But the treatment of sharpteeth was truly horrible; not to mention the mediocre songs and the fair lack of music that isn't just ridiculous Yellow Belly-themed tracks, thus this is still my least favorite film in the franchise. 6/10.

14. The Land Before Time XIV: Journey of the Brave Way better than the last five movies sans X, Look for the Light is a good song, love the sharpteeth (example, that Carnotaurus is very cool and OMG FEATHERS ON A LARGE THEROPOD) and like the music, simple plot, plus Bron's in it; again I really like his character. Would've got a 9 if that horrible Hot And Stinky song was cut and replaced by a Carnotaurus attack at the Fire Mountain. I still feel there were missed opportunities that could be fixed in The Land Before Time XV; that is, if it's being made. Hopefully. Anyway, 7.5/10 for the newest film.

I like every movie at least a bit to be honest; every one has at least a few good moments and every single one of them have great soundtracks.

My favorite episode of the TV series is "The Hidden Canyon", since it has a lot to do with sharpteeth and trying to keep them out of the Great Valley. I finally saw the entire TV series in September of 2017, beforehand I had only watched about 15 of the 26 episodes. I've come to not hate it as much as I used to, so that's good.

My favorite character in the Gang of Seven is Littlefoot. I like Cera almost as much. I also like Chomper.

My least favorite character would probably be either Loofah or Doofah. I hate Yellow Bellies. Foobie is one that I can tolerate though.

I am the ultimate Sharptooth editor on this wiki. If things are wrong, I will fix whatever it is! I also have the most Sharptooth edits on the wiki, with a thousand edits on Sharptooth pages alone. I am a ten-time "Lucky Edit" badge champion.

I'm the creator of the Sharptooth template and the Cleanup template. I've also created the Tabs templates and made the infoboxes for characters much better looking than they were before back in September 2017.

What I'm working on

I'm on the Gang of Five forum as well, as the runner up for the 2017 Appreciated Member award. http://z7.invisionfree.com/thegangoffive/index.php?showuser=1479

Retrieved from "https://landbeforetime.fandom.com/wiki/User:Hypnobrai?oldid=174002"
Community content is available under CC-BY-SA unless otherwise noted.