Want to help the Wiki? 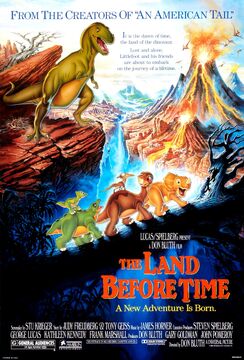 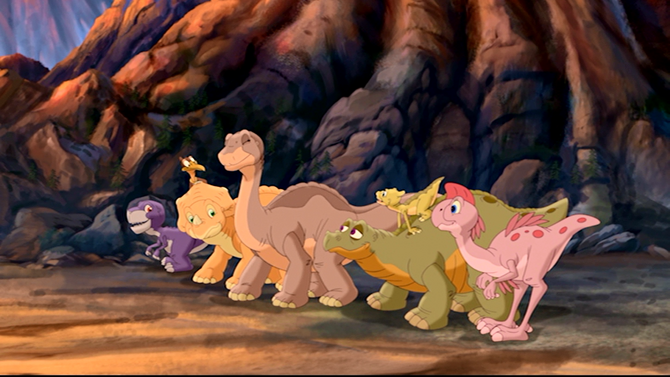 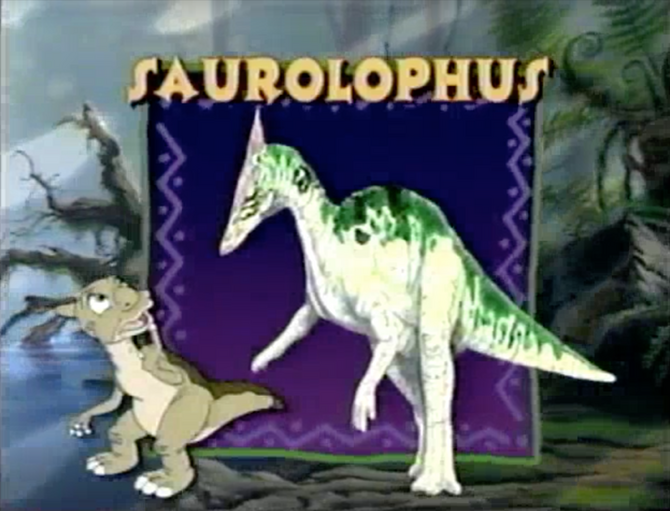 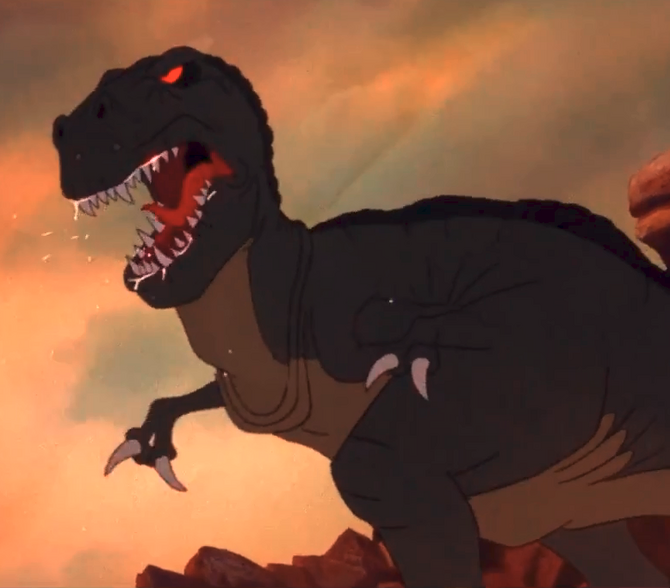 Check out all of The Land Before Time films!

Check out all of the characters in The Land Before Time franchise!

The Land Before Time franchise features dozens of dinosaur species!

Check out the dreaded Sharpteeth!

Featured Article of the Month

Petrie, originally voiced by Will Ryan and later by Jeff Bennett, is one of the original main characters in the animated The Land Before Time films and television series. He is also one of only three characters to appear in every movie and TV episode. He is a type of pterosaur known as a Pteranodon, which is one of many creatures called a "flyer" by the characters in the series. When the main characters are listed in order, Petrie is usually listed between Ducky and Spike, but if Spike is listed immediately following Littlefoot and Cera, Petrie is listed last after Ducky.

Petrie is raised by his mother, together with his brothers and sisters, and has an uncle named Pterano, who appeared in The Land Before Time VII: The Stone of Cold Fire. Petrie is very timid and nervous most of the time, and was afraid to learn how to fly in the original film until the very end. The character's most notable aspect is his improper grammar usage. He was at first intended to be the comic relief for the original film, but the critical reviews on the character's comedy were relatively negative. They have since improved, although concerns over Petrie's broken English and the way it could affect children have persisted. Though with a minor cultural impact, Petrie is popular with fans of the series, and his relationship with both the main character Ducky, and his uncle serve as inspiration for many fanfiction stories on The Land Before Time.

Featured Picture of the Month 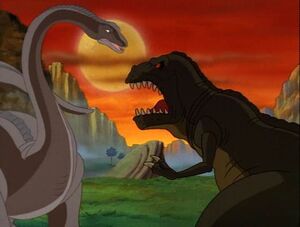 Description: The Lone Dinosaur and the biggest, meanest, most ferocious Sharptooth ever, from The Land Before Time VI: The Secret of Saurus Rock. 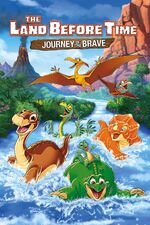 The gang sets out on a quest to rescue Littlefoot's father, traveling across strange landscapes and making new friends in the Mysterious Beyond.

Go to these sites for info or for help with your own wiki!

Want your community included? See how!